Life after High School – ‘What am I doing with my life?’

At the ripe old age of 19, I have already asked myself this question many times. In today’s society of social media and oversharing, it always looks like everyone else has it together and knows exactly what they are doing. They are all somehow finding a way to magically balance work, study, their social life and relationship with their perfect boyfriend whilst I am in bed 80% of the time or lying on my floor having an existential crisis, begging my brother to give me $20 to order uber eats. I most certainly do not have my life together and guess what? I’m calling bullshit. I don’t think anyone else does either.

Fresh out of High School, I enrolled in a law degree, mainly because I had seen ‘How to Get Away with Murder’ and thought I could be the next Annalise Keating but also because I wanted to get into something that required a high atar so I could boast about how smart I am. Not the best reasons to decide what you want to do with your life, I know, but at the time I thought it was a good idea. I liked the reaction I received when I told people that I, a seemingly ditsy blonde, was studying law.

However, I soon came to realise that I absolutely hated it. I mean, sure, I loved studying crime but as soon as they asked me to write 3000 words on legally binding contracts I thought, hell no. I am not cut out for this. Instead of reading 200 pages on vitiating factors to a contract, I found myself downing an entire bottle of pinot gris.

I transferred from Law, to Psychology, to Spanish, to Criminology, all within the space of 3 semesters, which I’m pretty sure isn’t even possible. I am basically the most indecisive person of all time. I withdrew from my subjects in my second year and continued to leave the house every Tuesday, telling my mother that I was off to uni. Instead I went shopping. I honestly had no idea what to do. I didn’t want anyone to know that I was a ‘failure’. I couldn’t even get through two years of a degree.

Once I had accepted the fact that I was not going to be Elle Woods from Legally Blonde, I got some advice from an older couple I met at a music festival (random, right?). I was whining to them about how I didn’t know what I was doing and blah blah blah when they said to me ‘Oh my god, you’re only 20. Who the hell cares? Relax, have fun, think about what you like, and do that.’ 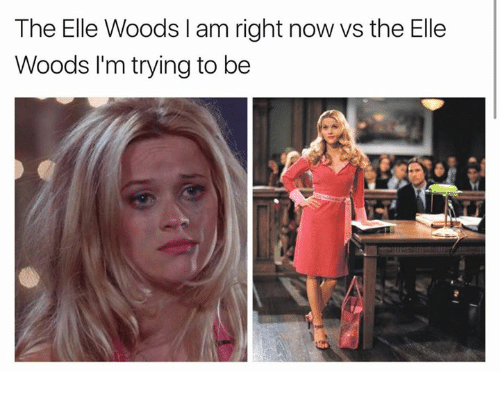 And they’re right. Who cares that I don’t have my shit together? After telling my mum that I am no longer studying law, I realised what I wanted to do. I want to write, and I want to study journalism. And if I keep making small decisions and working hard, maybe one day I will actually have my shit together. I mean, probably not, but here’s hoping.

There is so much pressure on young people to choose what they want to do with their entire life straight out of high school and it’s just a load of crap. Unless you’re one of those rare unicorns that has known that they are meant to be a doctor, or a bee keeper or a mailman since they were a little kid, don’t stress. You don’t need to know right now. My mum has been a professional dancer, a plumber and a bookkeeper before finally deciding at age 45 that she wants to be a nurse. And that is fine. Take your time.